The digital world is evolving with each day passing by, and social media platforms are strategizing and implementing innovative techniques to form something different. Facebook's future would extend much beyond its present aim of developing a collection of linked social applications and some hardware to enable them. It's not enough to have an online presence, Facebook CEO Mark Zuckerberg said. Instead, the company will create a maximalist, linked universe described as the Metaverse.

The word "metaverse" was invented in Neal Stephenson's dystopian sci-fi book Snow Crash in 1992, and B.C. has been working on commercial uses of the technology for years before Zuckerberg made his statement.

Simply put, Metaverse will be the online virtual universe! Where you can be virtually present at any time, and No! Not from your mobile or devices’ screen. Instead, it will be based on 3D technology where you can see the other person if he is sitting next to you. Similarly, you can do shopping or anything.

Let’s understand it by example!

Every ship needs several diaphragm pumps to transfer liquids such as oil or water. Let’s suppose one of diaphragm pumps has gone out of order in the middle of the sea. Now, the crew of the ship can contact the ship supply chandler or distributor and use metaverse to be virtually present the problem the pump has, and give in turn instructions for repair on the spot. It is like, if the crew has teleported to the technical store in a matter of minute to get an immediate fix for the issue! So, no more screens instead a complete virtual presence!

Why Was Metaverse Created?

The goal was to develop experiences that made the user feel like they were in a different location. You'd get a very different experience from a 2D application or website. A virtual office area, for example, will allow you to sit like a hologram next to the person you want to chat to instead of merely calling them. Although we may be thousands of miles away, it will seem like we are all in the same room. Horizon Workrooms, is an app that enables Oculus-wearing employees to access virtual workplaces and attend meetings, which already used by Facebook.

However, the Metaverse may be used for more than simply establishing a virtual office. We'll also take a look at how the Metaverse may help businesses achieve their goals. As far as I can tell, the remainder of Zuckerberg's metaverse concept is still in the works. His Horizon virtual reality office, which would benefit from the pandemic's transition to virtual labor, has been shared with the public. In 2014, Zuckerberg bought Palmer Luckey's Oculus, a virtual reality headset manufacturer, for $2 billion. As of this writing, Facebook has purchased more than a half-dozen virtual reality firms, including last week's acquisition of within, a Los Angeles-based small game developer.

There are several ways in which Metaverse can help individuals connect, form communities, and build their enterprises. In the Metaverse, online social interactions will be combined with three-dimensional representations of the environment and projected into reality. A virtual reality platform like this one allows you to share the interactive experience with others even if you can't be in the same place at the same time. Zuckerberg stated that Facebook would be renamed Metaverse and that the company's goal is to establish a new internet.

Having the ability to teleport between experiences is going to be a significant part of the metaverse experience. Due to Zuckerberg's belief that the next generation of the internet will play a significant role in the digital economy, he is investing heavily in this new technology. Critics worry whether the company's apparent shift attempts to divert attention from its current issues, including antitrust crackdowns, testimony from former whistleblower workers, and worries about its disinformation management.

Challenges on the way of Metaverse

In the 1990s, the lagging visuals of the first consumer V.R. headsets made some users queasy. Now, thanks to newer, more powerful microchips, this issue has been mostly eliminated. Only a tiny fraction of your body's motions are tracked by even the most advanced headsets on the market today. Right now, Oculus V.R. headsets can now host virtual meetings with Facebook's Horizon Workrooms software, although early evaluations have been less than stellar. The Metaverse's most cutting-edge experiences are out of reach for many since the headsets cost upwards of $300.

Facebook CEO Mark Zuckerberg has a "30 Minute Rule," which he refers to as a "30 Minute Rule." As of now, he feels that's the maximum length of time one should spend in virtual reality. Taking the headset off for a glass of water, touching a wall, or talking to a natural person is required at his lab after 30 minutes. "Do something to reconnect with the real world," he adds. Facebook, on the other hand, doesn't take half an hour. For as long as 60 minutes a day, it competes with social media sites. According to Statista, a statistics research organization, if he expects the Metaverse to replace all our online time now, that's more like 3 hours and up a day.

Why is Zuckerberg So Focused on Metaverse?

Among younger users, Facebook has lost momentum to YouTube, TikTok, and Snapchat. Facebook's original app is no longer popular among teenagers, but Instagram is. Facebook is unlikely to acquire any new rivals because of the increased attention given to antitrust considerations. Zuckerberg thinks that a VR-centered metaverse will be the best way to reclaim the hearts and minds of young people. On last week's Wall Street conference call, he remarked, "We're retooling our staff to make young adults our north star." It also serves as a suitable diversion from the Facebook whistleblower issue that has occupied most media attention.

Already tens of billions of dollars annually are being invested by Facebook. By 2021, the business expects to lose $10 billion (£7.25 billion) in operational profit because of its investment in its Facebook Reality Labs subsidiary, which focuses on virtual and augmented reality.

Even though it's a sizable sum, Facebook's primary business of stealing users' data and charging advertisers to target those individuals with tailored adverts produces enormous profits (emphasizing things such as gender, location, income, relationship). Facebook produced net revenue of $29 billion last year from its 2.8 billion daily users across Instagram, WhatsApp, Messenger, and its namesake platform. 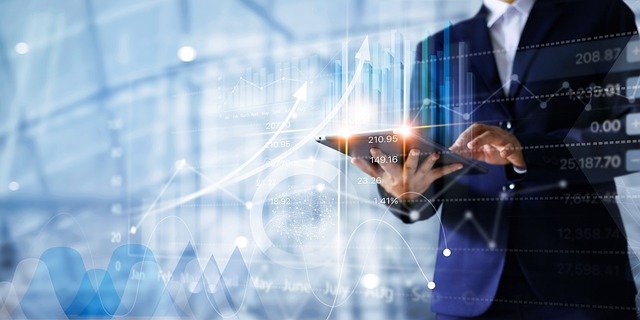 What does Metaverse offer to Businesses?

The business divisions focus on products for communities, artists, commerce, and virtual reality that will progressively collaborate to actualize this ambition. Facebook metaverse is experiencing resurgence. This refers to a merger of physical, enhanced, and V.R. technology in a shared online area.

Ashley Crowder, CEO of Ventana, about Facebook's metaverse platform for producing 3D digital and augmented reality e-commerce, said, "This is a big financial saving, not to mention a decrease in carbon impact." Digital items may now make money in a completely new way, thanks to the Metaverse. This means that not only will 3D-printed goods enhance sales, but they can also be sold digitally in the Metaverse.

"The notion of the metaverse, in general, will have a much more significant and essential influence on the way business is conducted," said Jack Newton, CEO of Themis Solutions Inc. in Burnaby, British Columbia (Clio). As key client meetings are typically held face-to-face, he told BIV he sees "possibly zero need for it in the future" if the Facebook metaverse is widely adopted.

From a sales viewpoint, Facebook metaverse can help interact with the customers in an intimate manner that otherwise you would have to fly on a plane and visit them at their workplace. When the employees are doing it from home, they've got this headset on and are engaging with clients in a manner that no other salesperson is spending time with them.

One of Vancouver's Collabstr Ventures Inc., Kyle Dulay, believes that the Metaverse will change how corporations spend their marketing budgets. There may be an increase in money spent on independent businesses instead of social media giants such as Facebook.

The concept of Metaverse will be intriguing for automobile businesses throughout the globe. Just imagine, in advertisement, they can provide facility to test drive a company's automobile in the downtown area of a given city or any other driving region. Millennials and Gen Zers throughout the globe will find these unique driving experiences attractive.

In addition, the Metaverse is a fantastic venue for car events. Avatars let consumers interact with one another and experience your company's mobility solutions in a more immersive way. Using a metaverse platform enables players to design their avatars and connect with one other in creative ways. Here, the sky is the limit. For example, you might build a complete adventure park with various zones, each of which offers a different experience, and users may freely wander between each zone. Many automakers would be unable to afford anything like this.

Benton's Matt Burns, a company's founder and chief innovation officer, says that companies like Boeing and Hewlett-Packard use virtual reality and augmented-reality overlays to teach people how to put together complex machinery like jet engines. "It's like a step-by-step playbook," he tells Fast Company. Same is the situation with the repair or handling products like diaphragm pumps. A firm can do virtual training sessions about diaphragm pump also known as (AODD) for short. with the help of metaverse and train employees how to install with engineering parameters, or to pump hazardous chemicals safely. Same is the case with quick repair of a AODD’s!

The epidemic has led to a rise in interest in cryptocurrencies and non-fungible tokens (NFTs), both underpinned by block chain technology to assure their legitimacy and security. As more individuals begin to utilize the Metaverse, they will explore virtual worlds, engage with other people, and buy goods and services online using crypto and non-fungible tokens. In these virtual worlds, lending and swapping such assets are projected to grow as well.

NFTs "soared with widespread interest in 2021 after Beeple's Christie's auction," stated Wilder World co-founder David Waslen, referring to Beeple's US$69 million sales of digital artwork at Christie's. This is the first time NFT avatars may shop at digital art galleries that are open to the public. For example, NFTs and crypto assets are being used to facilitate payment in the Metaverse.

For the time being, Mark Zuckerberg is making the most significant investments in this virtual world. Because of the popularity of his social network, Facebook, he has renamed it "Meta." To them, a 3D place where you can engage, learn, cooperate, and play in ways never before seen is the next evolution of social interactions.

To make this vision a reality, Meta is already working on new technologies and have become the corporation that will spend most in the Metaverse. In 2020, Facebook planned to spend $18.5 billion in R&D, 30 percent of the company's annual sales. In addition, more than 10,000 jobs will be created in Europe to complete the project. In short, it is clear that Metaverse will change the way we live and do business!